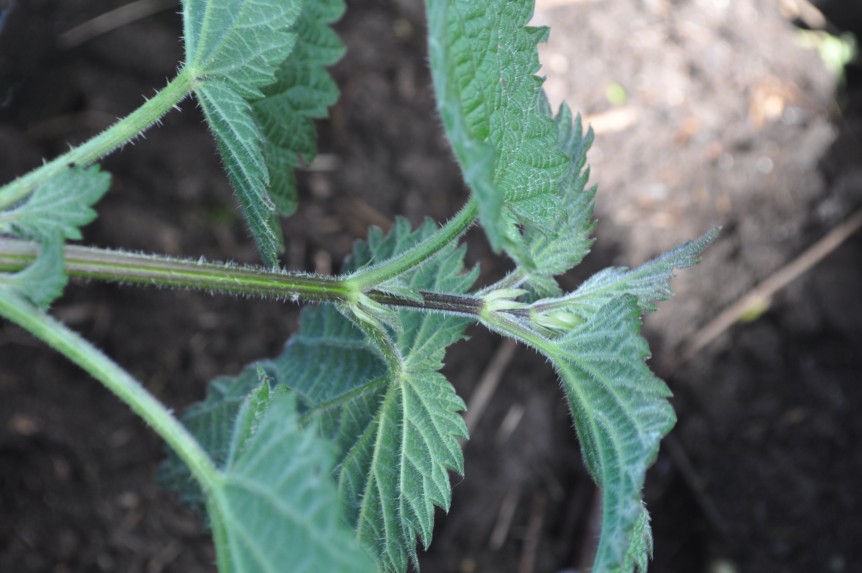 Most of us are familiar with the saying that weeds are just plants in the wrong place. When you consider that some of these wild interlopers also happen to be edible, then it’s worth considering whether all need to be meticulously removed from your outside space entirely. Obviously you don’t want wilder plants taking over, but the fact is that many can be useful allies, helping to draw in a wider range of wildlife to the benefit of the more natural pest control of your plants. In fact, in pre-Victorian peasant gardens, many common weeds were used mixed in-between crops for this reason, as well as to provide ground cover and additional food for the table…

So maybe just maybe it’s time to see them in a different, more positive light entirely. I certainly believe so. With this in mind, here’s a look at just some of the edible wild plants on offer:

Starting with the most obvious of the bunch to ease us in… It is now more common knowledge that these punchy plants provide a myriad of benefits. From affording us with the opportunity for baby nettle leaf soup in spring, to providing a valuable, nitrogen-rich ingredient for the compost heap. These plants also provide a natural haven for a range of beneficial wildlife such as ladybird larvae and allowing  even just a little patch to flourish and grow will reap multiple green-fingered rewards.

Although it’s now considered a troublesome veg patch weed, the spinach-like leaves were in fact eaten commonly right up till the 16th century. The plants tend to grow on the edges of gardens and veg patches, so if you have any on your plot that’s most likely where they will be. They can spread rather enthusiastically so you might want to keep them confined to the edges. That said, their brassica-tasting leaves are packed full of vitamin-c goodness and their flower buds can be eaten like purple sprouting broccoli.

This pesky plant was my nemesis for a few years because it grows, flowers and produces explosive seed, which  pops so incredibly quickly. You turn your back for a few days and there they are again, trying to spread all over your raised beds. So do be warned… That said, it is a member of the mustard family and very edible. The leaves in particular are good for salads or salsas.

This wild member of the carrot family was commonly eaten by the Romans as a vegetable. Although the actual root is much smaller than the cultivated carrots we grow today, these plants are incredibly resilient so if you have some growing on the outskirts of your allotment say, why not let go and allow them to grow.

This plant is known as a lawn weed, yet has many medicinal and edible uses which makes it well worth a look. On the edible stakes it’s the young, baby leaves which are most palatable for use in the kitchen (raw or cooked in dishes). If you have the time and inclination, then the fibre-rich seeds themselves can be processed into a form of flour for baking. Allowing these plants to flourish among your lawn, alongside other weeds like dandelion (which is also edible) will benefit a range of wildlife and pollinators throughout the year.

This edible plant is actually related to peas and beans as a member of the legume family. Throughout history and indeed around the world, it has many reputed medicinal benefits (too many to mention here), yet it is out commonly used in this country as a food for livestock such as cattle. The flowers make a pretty addition to salads and are the most edible part of the plant. Possibly because they pack a medicinal punch, it is advised they should be eaten in moderation, so if you fancy trying them, don’t get too carried away!

Also known as sticky willy or sticky bud (amongst other names), this rather ferociously growing, creeping plant will try and take over where it can attaching itself to surrounding plants and structures to spread far and wide. I first ingested some on a foraging walk a few years back as a cleansing tea, and its leaves can be dried or used fresh for this purpose.

If you get any kind of rash when you touch the plant (as a small number of people sometimes do) then it’s definitely not one to experiment with.

Box out – eating your enemies

Whilst you really don’t want these highly invasive plants on your plot, if you have any horsetail or Japanese knotweed in residence then they are highly edible so it might be worth at least putting a practical use to their persistent nature…

This article first appeared in the June 2019 issue of the fantastic Grow Your Own magazine.