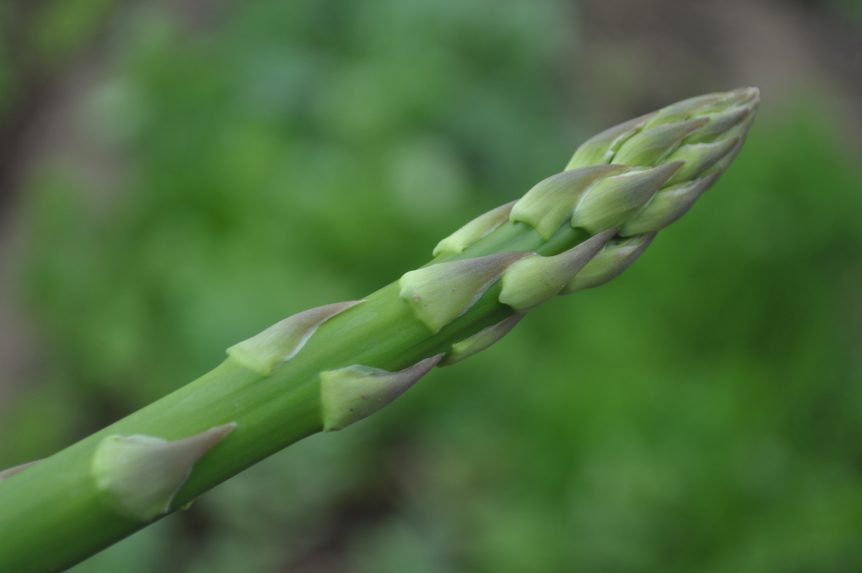 Whilst the process of nurturing plants and produce from seed is incredibly exciting each year, it takes time and effort in the process. As compared to hardy perennials, which once established will dutifully furnish you with edible loveliness for many seasons to come. In return for just a little composting and minimum care, they will hang around for the longer term. This longevity (and deeper, more established root structures as a result) affords them with a greater resilience overall. It enables them to seek out moisture from further afield during a dry patch and to absorb an excess of rain to the benefit of neighbouring plants midst a wet spell.

Perennials really are a gardener’s understated but most loyal veg patch friend. Here’s a look at just some of the exciting options on offer:

Top of the pile for me has to be this delightful plant. Yes, it has a reputation for being a bit tricky to get established, and yes you do have a wait a few years (the 3rd season) before your first harvest but then you enjoy these delectable home grown spears for decades potentially (25 or 30 years).

Asparagus requires an invasive weed free ground in which to establish itself and an autumn feeding of compost to encourage the spears in action with gusto come spring. The plant also greatly benefits from a feed of seaweed either powder or foraged from a beach (if you live near the coast).

You can grow light-on-the-soil produce like salad leaves between the spears in the summer months to make the best use of space.

Love or or hate it (as some people surprisingly do) this fruit will appear reliably each spring and in a good year can be harvested a few times during the season. You just need to stop when the stalks start getting thin as this indicates the plant is running low on energy reserves which it’ll need to see it through the winter. Again they take a few years to get established and once in full swing, benefit from being given a new lease of life (and in the process expanding their stock) every five years or so. To do so this involves lifting the crown out the ground when its dormant in winter and slicing it (with a spade) into a few segments before placing back in the soil afresh. More rhubarb for everyone then – fantastic!

This tasty, almost nutty-tasting tuber requires a nutrient-rich sunny spot. It will  produce very tall flowering stems which can be used as a windbreak to the benefit of other produce on a veg patch. It will cast shade but otherwise makes a very good addition all-round. Harvest in late autumn/ early winter, leaving a few tubers in the ground for the following year’s bounty.

These are the most commonly known variety of perennial kales which will reliably muster lots of lovely leaves for many years and minimum effort. Also known as cottager’s kale, these large, very productive plants were a common addition to veg plots up till Victorian times.

This zesty leaf produces leaves which are delicious in a number of dishes. From risotto and salad through to quiche and soup, the perky plant requires little to no care what-so-ever.

These thistle-like, highly ornamental plants make a fantastic addition to a veg garden. Give them a sunny location, a yearly compost and you can make an attractive feature of their edible gorgeousness. In case of globe artichoke, the heads themselves are edible, while with cardoon it’s the blanching stalks which are highly prized in the kitchen.

This variety of album will (as the name suggests) gradually (very slowly in fact) move as it produces bulbs on the end of the foliage which eventually bend over and plant itself in the soil surrounding.

This little, very colourful South American tuber (also known as New Zealand Yam) has been growing in popularity in the UK in recent years. It can be grown as edible ground cover around hungrier plants, helping to keep moisture in the soil and in the kitchen. With their lemony, nutty flavour, they can be used like potatoes in recipes and the leaves themselves are also edible. It can be grown outside but requires a longer growing season before harvesting in late November/ December.

Very hard to buy fresh, this lively perennial is worth growing for a number of reasons. As well as having a lot of fantastic uses in the kitchen (including as a grow your own substitution for wasabi and to give a punchy kick to condiments and sauces), it’s very low maintenance indeed. In fact, given a sunny spot, it can get a bit over enthusiastic in its growing tendencies so do ensure that you consider its location before planting. Once established in an area it won’t want to let go.

There are also many health benefits associated with this plant which is a good excuse if ever i heard one to have fun getting more creative with culinary uses for its delectable roots.

This article first appeared in Grow Your Own Magazine.

Kim has just launched a range of interactive online grow your own courses.