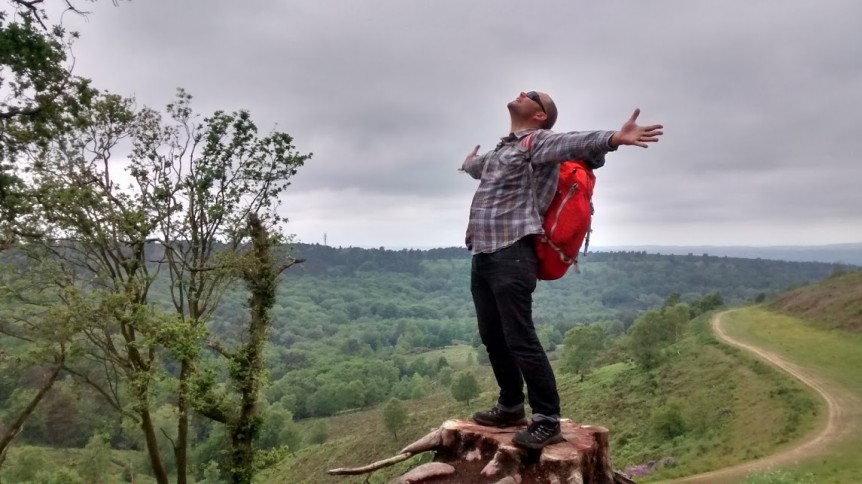 Benedict Beaumont on quitting teaching and the mundane for a life of adventure.

Walking. It’s something we all do. Something we hardly ever think about.  Maybe after the Christmas binge, when we are still in the first flush of commitment to, let’s face it, unsustainable New Year’s resolutions, we might decide to walk up the stairs rather than catch a lift.  Maybe in the throes of a Sunday morning hangover we might decide to be more wholesome and go for an invigorating walk in the country.  But generally walking is something we take for granted.

Although neither my wife Jennifer or I had followed a particularly usual career or life trajectory; after marrying it felt only right that we should try and be more grown up and sensible. That we should stop living paycheck to paycheck and start saving for the future as all good, sensible people are supposed to want to do. So after returning from our honeymoon, this is why I started a new job as a secondary school teacher and Jen returned to her career as a nurse. 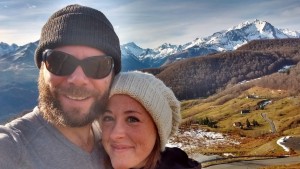 Needless to say a few months in, things were not working out.  I was physically and emotionally exhausted from the demands of teaching at a school in a deprived area and Jen was run ragged in a busy city centre clinic.  We found that our free time was spent slumped in front of the TV recovering from our days or we’d be out drinking at the weekends vainly trying to find some relief from the day-to-day grind.  We put on weight, regularly got ill, but worst of all found our zest and enjoyment of life slowly but surely ebbing away. Was that how life was supposed to be from now on?

Sometime around Christmas, Jen turned to me and said simply “This can’t go on.  Let’s do something different.  Why don’t we walk across New Zealand?” She had mentioned vaguely before about a new long distance path that had been created called the Te Araroa, a three thousand kilometre hike running from the top of the north island to the bottom of the south, but I had not thought it something that we could practically do. “Hmm,” I responded, my attention instead on an episode of CSI, Masterchef or such like and probably thinking about where we were going to drink that Friday.  Walking across a country did not seem something that we could ever do; surely only fitness nuts and freaks would ever undertake such a task. 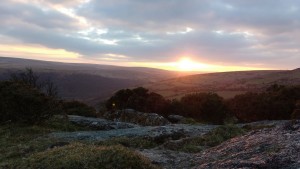 But the seed was sown, and slowly the idea started taking root.  Something about the simple act of walking across a land, began to appeal.  The romance of seeing a country the old fashioned way, how people would have explored it hundreds of years ago, caught my imagination.  Living a simple existence, away from the stresses of our careers and the pressures of succeeding in a material world, where nothing mattered but covering a couple of dozen kilometres each day started seeming not only achievable, but also something I really wanted 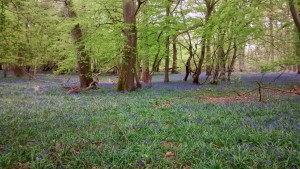 Suddenly i realised this was it – our chance for adventure and excitement – we would walk our way to freedom.

“Let’s do it,” I whispered one morning, as we held each other in the darkness of the pre dawn, that magical time when dreams and reality intermingle, before the harsh light of the day dissolves our fantasies into cold reality.  “Let’s do it.”

Life can be a hard, difficult and sometimes ugly path.  Often we are burdened by heavy loads and are not sure of which way to go.  But we only have one life and we have to take responsibility for it.  No one but ourselves can ultimately decide where we go, and if we do not make a decision, if we just blindly follow a path, we may not like where we end up.  It is difficult, and sometimes scary, to stop, look around and make a decision to leave a path of security and comfort, but it can be done. As for us – we continue to walk…

Ben is also an author and contributor to the Huffington Post. You can find out more about Ben and Jennifer’s fabulous walking adventures  at Freerangefolks.com,  facebook.com/freerangefolks and instagram.com/jnnfrnln/ .