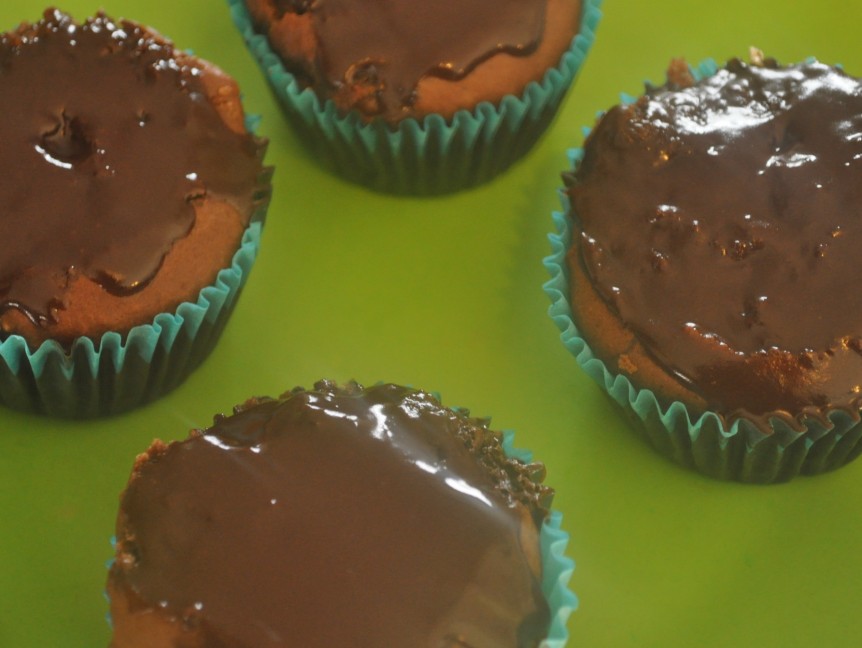 We have some builders in and they are being very helpful and considerate. There’s no god -awful mess and they’ve even been washing up their mugs. Perhaps best of all there is not a single ‘builder’s bum’ in sight anywhere. I am most thankful (and relieved) and decide they deserve some muffins with lots of chocolate therein.

So in-between other writing deadlines, and various mushroom-growing experiments, I decide to quickly throw together some easy-peasy, super speedy, man pleasing chocolate cakes (aka muffins).

I don’t use a lot of sugar in cooking at all really and as these guys have got through (in just a few days) what we had left in their tea drinking, I’m going to be sweetening these cakes in other ways.

I’m intrigued to see what they make of these…

The low down (makes about nine)

First the ‘wet’ ingredients – so in a large bowl I hurriedly chuck:

Two eggs (one will do perfectly)     and         half a jar of honey (or you could use half a cup of sugar)
You can give this all a good mix at this point or (as I did) simply add all of the ingredients at the same time and sort out the mixing afterwards. So I also threw in:

As my mixer is packed away I just gave it all a good stir with a fork which works perfectly fine. Using oil (rather than butter) means that everything blends together really easily so why the hell not. It saves on time and washing up.

Then you can throw in whatever ingredients you fancy using. I added some raisins, half a mashed banana and a kiddies’ strawberry yoghurt frube because they needed using up, they add sweetness and well…it amused me to do so. I also threw in some broken up dark orange chocolate chunks.

You know the mixture is the right consistency when everything is blended together, looks smooth and it drops slowly and gently from a spoon.

Then it’s simply a case of deciding upon your muffin cases of choice. I figured plain blue (rather than Pokka dot pink) was probably the best option here…. 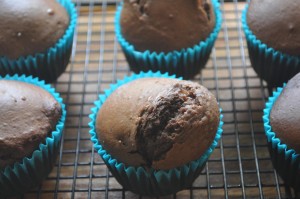 Cook at 180(ish) degrees C for about 15/20 mins until they look ready and there is a buoyancy to the sponge when you press it. Take out and leave to cool on a rack. Then if you like; why not add a simple chocolate coating. I melted the remaining half bar of dark chocolate with a knob of butter in a saucepan and used this as a crowd-pleasing finale.

So there we have it some super speedy, no messing about, bad boy cakes for good builders (and people) everywhere.

Did you know How to Buy Ethereum with credit card? at beaxy.com