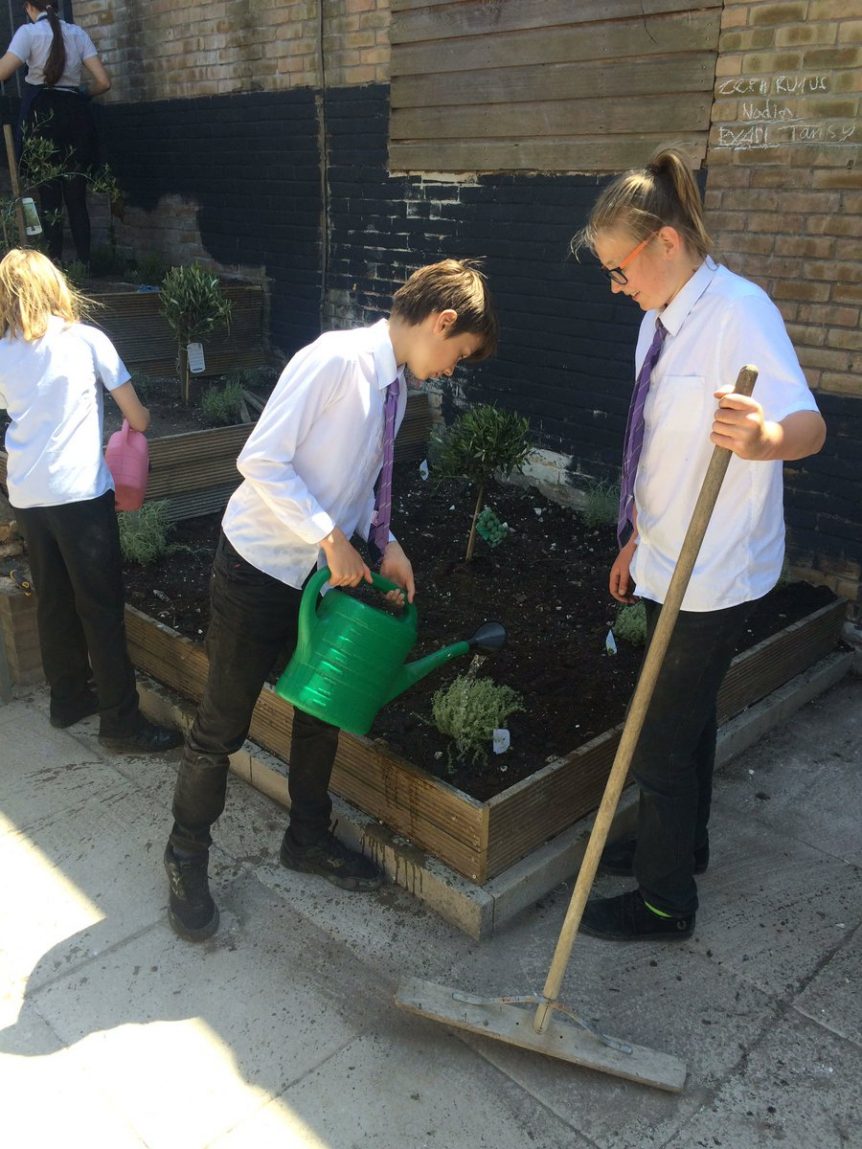 I had an interest in the great outdoors from a very young age. I can remember as a child being mesmerised, watching as hundreds of baby spiders emerged and spread themselves bravely across a web. I wanted to grow veg but my parents didn’t know how, so I threw carrot seeds in the ground recklessly, hoping for the best. Trying to fit in as best I could at school, my apparently ‘not-very-cool’ interest withered until my late twenties when it was able to blossom, rekindled with a flourish as I began dabbling with growing veg in my back yard.

Even now, nudging into my forties I still regularly get people saying; “you’re a gardener; really? Aren’t you too young to be doing that?” Whilst I increasingly enjoy hearing the words; “aren’t you too young”, the idea that “this” should only be enjoyed by an older generation, both amuses and grates.

Thankfully things are starting to change with a growing number of initiatives designed to create a greater awareness and fun connection with the natural world. Grow Wild’s Youth Takeover exhibition (running till the 9th July) at Summerhall in Edinburgh  is part of the UK’s biggest-ever wildflower campaign (which has received funding from the National Lottery through the Big Lottery Fund and which is the national outreach initiative of Kew Gardens), its focus is youth engagement. Young artists (between the ages of 12 and 25) were asked to outline how they would artistically highlight the plight of wild flowers and their native meadow habitats (97% of which have been lost since the 1930s) and bees, butterflies, and other insects which rely on them for food. The resulting artwork, which covers everything from poetry and embroidery, through to sculpture and steel band music makes for a vibrant wildflower homage. 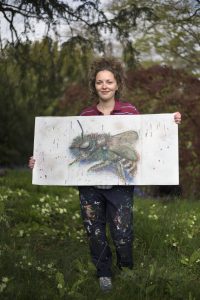 The 12 successful applicants whose work is being displayed at Summerhall were each given £500 to create their artwork for the exhibition. Freya Cohen, one of the featured artists, highlights the plight of pollinators in her art. She said “I wanted to do something fun with this project, but something that would also give me a chance to talk to people about the problems pollinators face and why it’s so important to protect them”, she explained. “That’s why I chose solitary bees. A lot of people don’t know about them, so I wanted to find a way to show their diversity and beauty.”

Anyone can get involved with the wildflower campaign by sowing a virtual seed to help raise awareness . As a thank you, they’ll also be entered into a prize draw for a chance to win a Forest Holiday worth £500.

I firmly believe that horticulture, and in particular fruit and veg production, should be part of the school curriculum as it is educational and provides a therapeutic balance to the results-driven pressures young people are under. It’s encouraging therefore that an ever increasing number of schools and colleges are creating gardening spaces and clubs within their grounds. 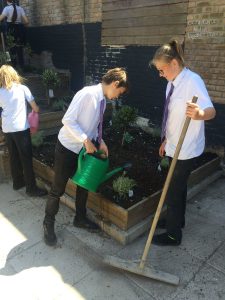 I was particularly chuffed to see recently that one of them happens to be my old school in Brighton; Varndean secondary school @VarndeanSchool. Where they are being delightfully proactive with a range of food growing spaces where the pupils are able to actively get involved in the design, growing and picking of the produce. This year they are working on a new herb garden, where the resulting produce will be used for the canteen kitchen as well as to help feed their rabbits and goats. The school has found that their animals have helped to reinvigorate both student and staff in the benefits of outdoor learning. Having recently introduced ‘goat time’ for pupils and appointing so called ‘rabbit rangers’ they have also noticed an improvement in overall behaviour, especially among those previously at risk of misbehaving in class (I assume they mean the students).

The fact is gardening is cool and fun, especially if you learn to do things your own way, rather than just following traditional advice. What’s not to like about the ability to transform something lovely (and in my case preferably edible) out of a tiny seed. It’s empowering. It’s nurturing and you don’t even need a garden to weave some horticultural magic into your life. If only I could go back and salvage those lost green-fingered years of my youth!

A version of this article first appeared on the Guardian website.