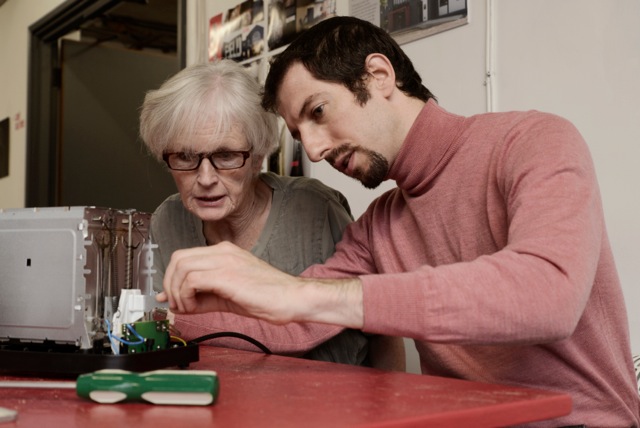 When I’m feeling particularly disillusioned about the sorry state of the world, I find it helps to turn my attention to things that are within my power to fix. Potential money saving is only part of the picture because from an environmental perspective, the benefits of trying to extend the life of objects is huge. WRAP estimates that each year in the UK we bin £40million worth of electricals, nearly 40% of which go to landfill. Also there’s no denying the fact that learning how to rescue an item from landfill feels really, really good.

If you’re not sure where to start; help is also at hand, with a vast array of youtube tutorials showing how to trouble shoot when something goes wrong. Traditional Repair shops also do a sterling job but for those that can’t afford to fork out for this, or which would prefer to learn the skills for themselves, there are an increasing number of fix- it events and workshops across the UK that can help.

Victoria Jackson from the Brighton branch of Repair Café explained; “Most things can be fixed with a bit of imagination and lateral thinking! Electrical items can be tricky and are most in demand as people have a fear of opening them.”

Janet Gunter is a co-founder of The Restart Project, a London-based social enterprise that also aims to help people and businesses move beyond the throw-away economy. She told me that laptops and smartphones are the most commonly brought-in devices to their events by a long chalk. “A lot of the time there’s anger at why an object has just stopped working and we try and redirect that in a positive way. There’s definitely a sense of outwitting manufacturers for a lot of people.”

So which are the easiest items to fix?

The build-up of crumbs can be the cause of a number of problems such as the slider switch not staying down when you press it, so as a first step, hold the toaster upside down over a bin and simply give it a good shake.

Otherwise with all electricals it’s important to check it’s not an issue with the electrical socket, so try plugging something else into it to see if that works. Brighton Repair Café told me that are also other fixes that their electrical specialists can help guide people through so there may be life in old toaster yet. 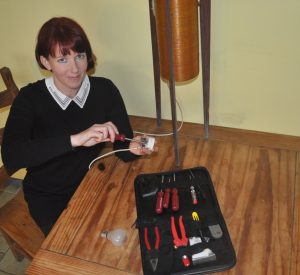 When you consider that the electrical components are essentially a wire, a switch and a bulb holder then it gives you an idea of how straightforward a repair can be. Normally it’s the bulb that’s gone or a problem with the fuse, which can also be easily replaced in the plug. A replacement bulb holder can also be bought very cheaply and is a doddle to install.

As with any electrical appliance you just need to make sure the lead and the plug themselves aren’t frayed or cracked in any way. If they are they’ll need to be dealt with first before any other testing takes place. It could also be an issue with a faulty switch which can quite often be replaced, although you might prefer to be shown in person how to repair that one first time round.

My first ever hairdryer lasted me nearly 30 years. I was very fond of the old thing. Since it died I’ve been through a few and they never seem to last more than a few years before something goes wrong ,so I was pleased to hear from the Repair Café team in Brighton that this is another commonly fixable item they see.

Their electrical repair guru, Mattia Cobianchi explained; “If it works but it`s smelly, than something is stuck in proximity of the heating elements and every time it`s switched on it keeps burning. Sometimes hair can also get entangled in the fan and its electric motor, slowing it down and making it overheat. Opening the hairdryer and cleaning the motor and fan fixes it. If it doesn`t switch on at all, the troubleshooting sequence for a hairdryer should be: fuse in the plug, then inspect the cable for cuts , then open the plastic case (use a plastic spudger tool to avoid breaking the plastic) and check the switch or find if a fuse in the vicinity of the switch has blown.”

Definitely on the essential kitchen item list, a kettle works by heating water by way of an element. This basic functionality means that repair is a distinct possibility. Alongside the usual front line checks according to Mattia; “usually the switch has become oxidized because of the sparking which happens every time you use it. After some time, the surface develops a thin layer of oxide, which is an insulator, preventing the switch from working properly. A cleaning with Isopropyl-Alcohol is usually enough.” 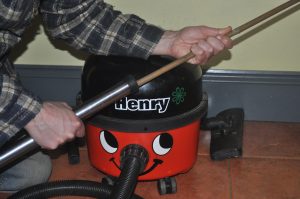 If you have children then it’s highly likely you’ve at some time experienced having to coax a Captain America mini-figure or suchlike out of the hoover tube. The truth is you can inadvertently block a hoover in any number of places and if the motor is running and the suction has suddenly gone, it’s probably either a blockage or simply because the hoover needs emptying.

Otherwise if the machine has stopped working altogether then after initial safety checks, Mattias explained; “it could be the switch, or in an old appliance, the carbon brushes of the motor could be worn out or a turn in the motor winding could have broken and needs to be re-soldered.”

There are many fixes that are realistic to do yourself at home and a bike puncture repair is a good place to start. All you need is a puncture repair kit and there are lots of good online tutorials taking you through the process step by step such as this one.

Screen replacements are a feasible (and relatively cheap) fix to do yourself at home. It’s easy to buy new screens online and there are lots of tutorials explaining how to go about it. My husband replaced a laptop screen in about 30 mins following one of these, having never done it before.

Janet Gunter of the Restart Project told me; “operating systems often leave “old” machines behind. Also, people often give up on devices that “run slowly” when there are simple fixes. Sometimes malware is a cause of slowdowns, and good security online is part of being a resilient user of technology, as is backing up personal data, something so many people neglect to do!”

About the Repair Café movement

Started by Martine Postma in Amsterdam in late 2009 there are now more than a thousand Repair Cafes around the world. They are all staffed by volunteers and meant as free meeting spaces where visitors can bring items to be repaired or just pop in for a cup of tea of coffee and browse the selection of DIY books.

Victoria Jackson set up the Brighton branch 5 years ago, she told me; “one of the issues with repairing as an individual is that it can be a private and invisible practice. It often takes place behind closed doors in the privacy of our homes. By creating these social (and they are very social) events it becomes a shared activity.” https://brightonrepaircafe.wordpress.com/

About The Restart Project

The social enterprise runs a number of free-to-attend Restart parties across London and in Leicester. https://therestartproject.org

A version of this article first appeared in Guardian Money earlier this year.

The lead picture was taken by Amanda Jackson